THE ROYAL COMMISSION: HOW BANKS CAN EMERGE STRONGER

On December 14th, 2017, the Governor-General of the Commonwealth of Australia, Sir Peter Cosgrove established the Royal Commission into Misconduct in the Banking, Superannuation and Financial Services Industry. By September 30th, 2018 an interim report must be submitted with a final report due by February 1, 2019. As of the end of May, 2018, over 6,000 complaint submissions have been received by the Royal Commission primarily regarding personal financial dealings in the Banking industry.

The “Big Four” are taking most of the heat and are seeing significant drops in brand value. In just a few short months the industry lost nearly $8.9 billion in value - according to BrandZ valuations . 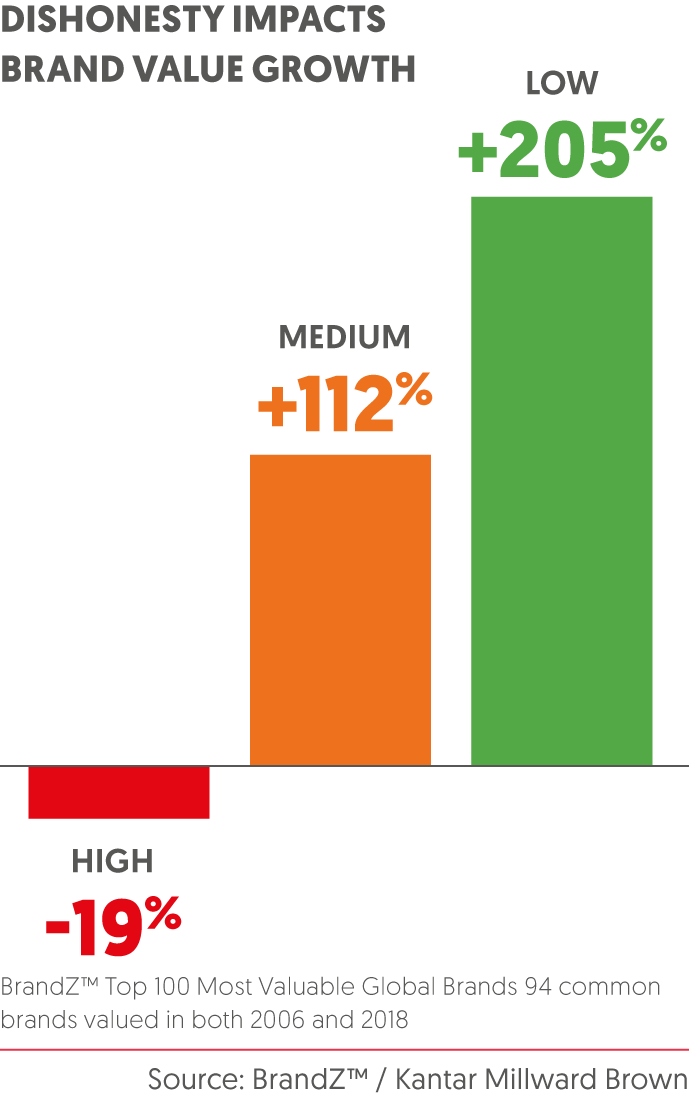 The banking industry faces a challenge in defending against long perceived issues of trust, though following the announcement of the commission, banks have remained extremely valuable due to strong financials and brands that strongly meet consumer needs.

When BrandZ measured long-term changes across the Top 100 global brands, brands seen as highly dishonest lost 19% of their brand value over a 12 year period.

Despite BAV scores ranking Australia the best in the world in terms of Financial Stability, Australian banks are seen as the sixth most dishonest in the world and not a single bank brand ranks highly in any of the metrics that quantify a brand’s key vital signs.

So how can bank brands recover from what has been a brand-bruising process already which is expected by early next year to deliver perhaps even worse news?

One strategy that can prove successful may be in distinguishing and communicating the difference between the corporate brand and the market brand. Twelve years ago, we began tracking Volkswagen and consistently saw their Brand trust and corporate trust remain stable. However, in 2017 following damaging reports about the company, corporate trust levels fell below average brands while the market brand continued to outperform average brands in trust and Brand Recommendation. Consumers were able to distinguish the brand they trusted and continued to recommend it. 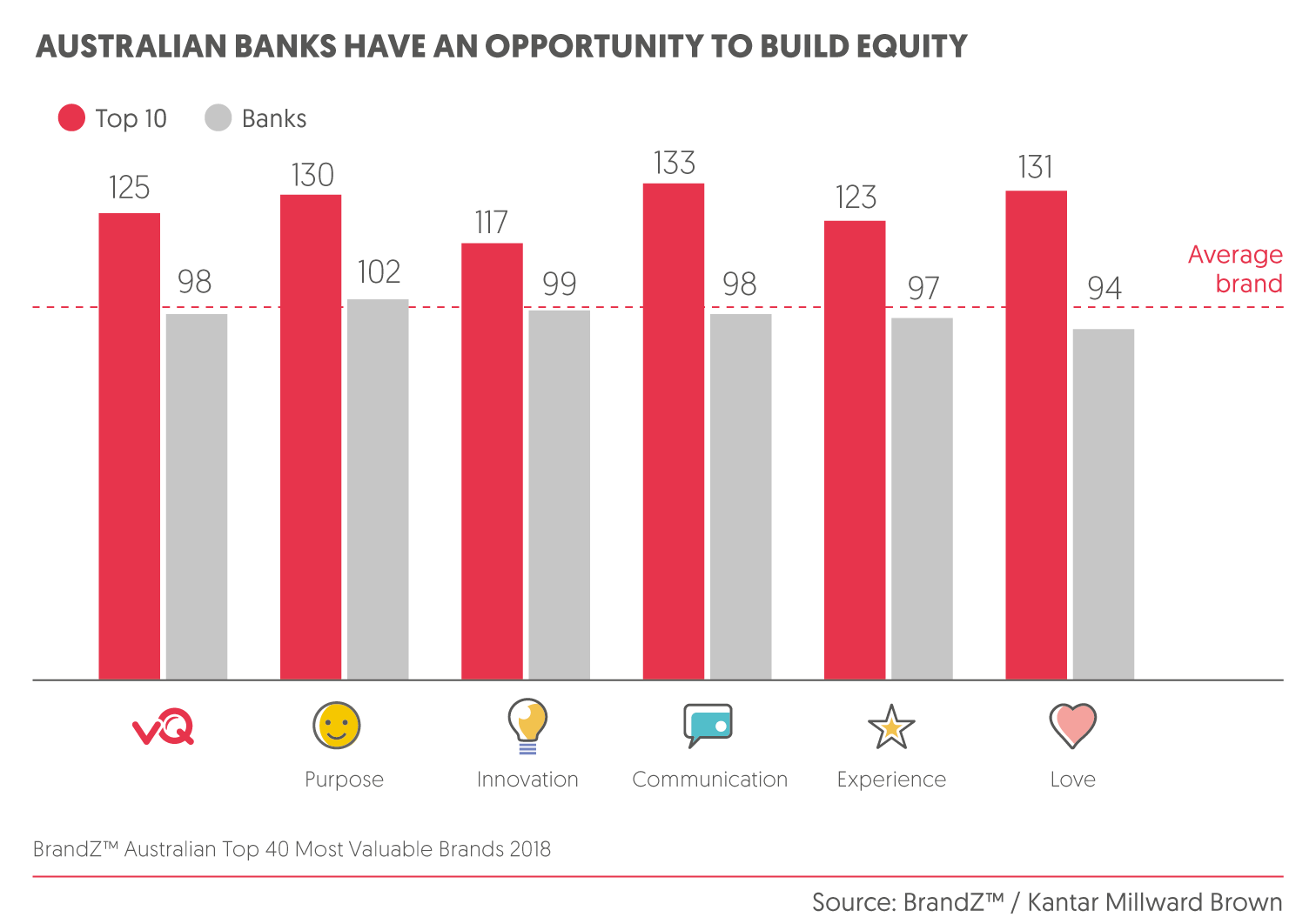 Consumers understand that brands and management are not the same and so long as quality and the fulfillment of needs are present, brands may continue to experience loyalty in light of corporate scandal.

The final Commission report will be issued soon enough but there is time to address and move past knee-jerk damage control towards longer-term brand health. In 2008, global banks particularly in the U.S. and Europe, suffered major setbacks and a number of high-profile banks went under. The banks that emerged stronger took decisive action, improved customer service, and utilized technology and communication media to differentiate and recover. Twelve years later, the major banking brands both in the U.S. and Europe are strong.

The lesson to be learned is that at this moment in time - Australian banking brands have the opportunity to distinguish their market brand from the corporate brand, allowing the corporate brand to take the brunt of the downside. Emphasis should be placed on communicating how these brands satisfy consumer needs, improving brand equity, and shoring up any residual weaknesses (i.e., trust and dishonesty). The opportunity to build trust and reduce perceptions of dishonesty should not be missed and getting ahead of the news will send the right signals to stockholders, depositors, and to a large degree, the rest of the Australian economy. 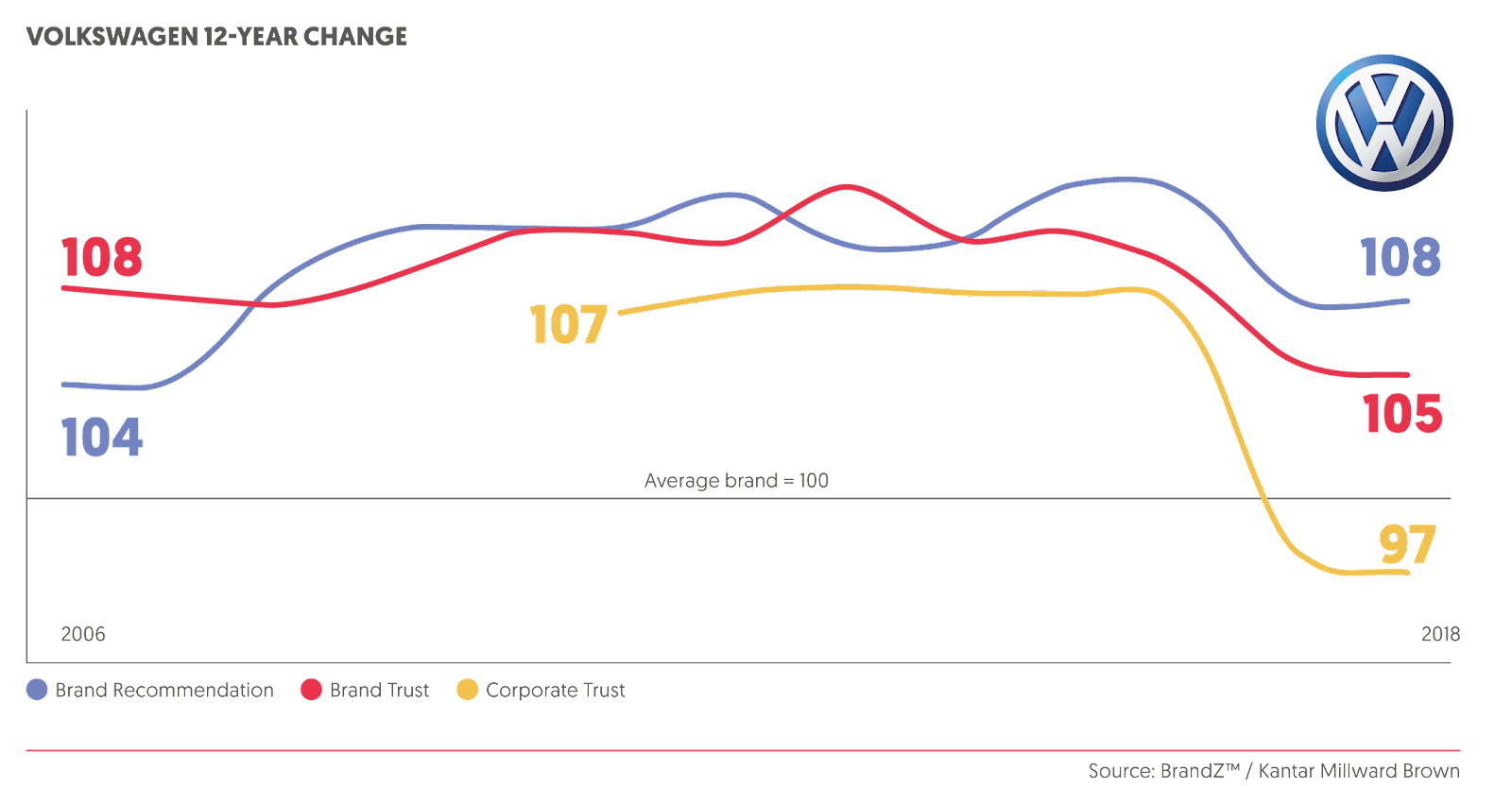