Analysts used to speak of mobile phone usage and internet usage in India as two somewhat separate phenomena. Now, several years down the line from Jio’s disruptive entrance into the telecom market, that is scarcely the case. When brands began to compete over rock-bottom data rates, and smartphone and “smart feature phone” prices began to fall, India entered a new age of connectivity convergence. Internet usage became decisively mobile-first — and has continued to soar year on year. 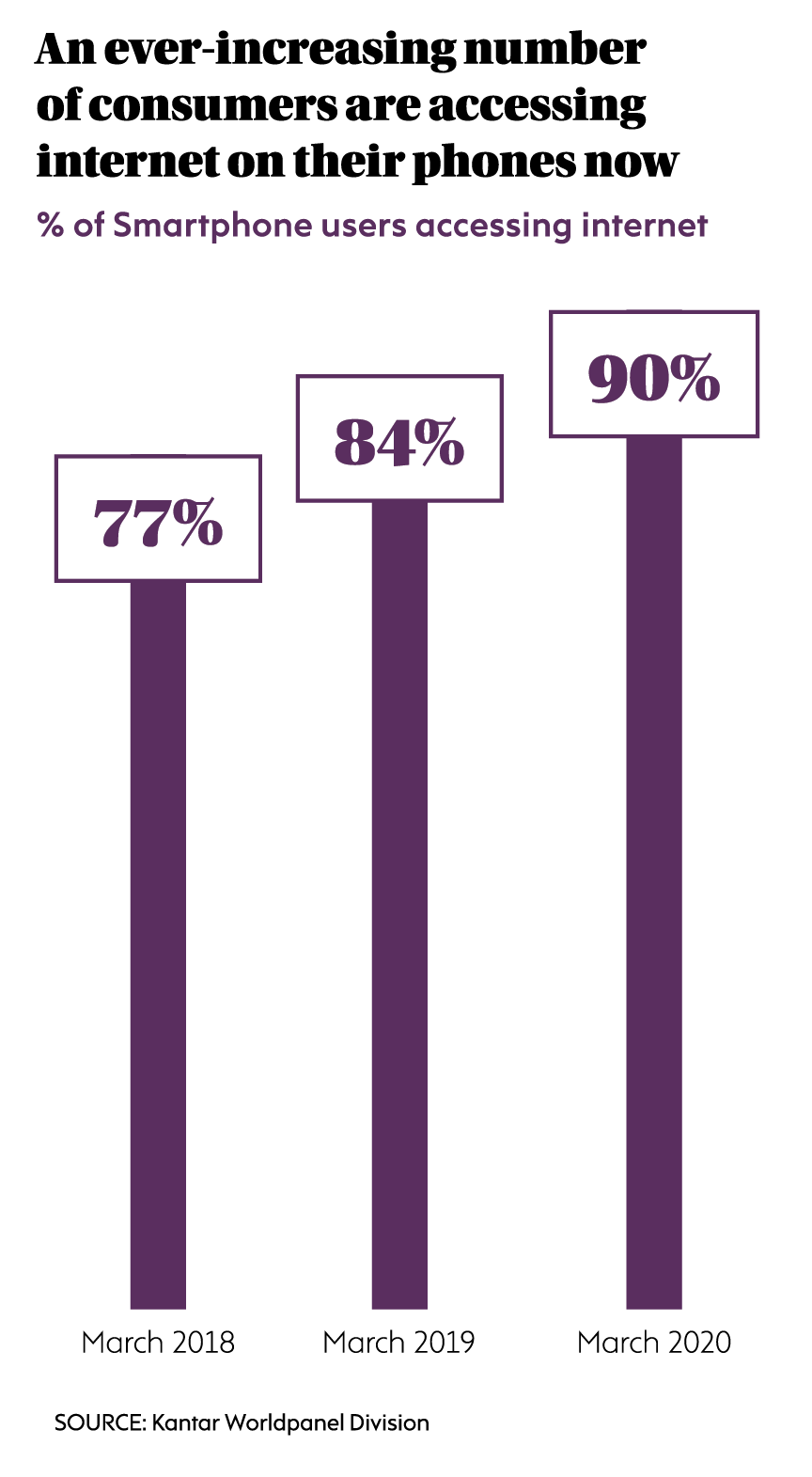 Which is not to say that all Indians are now internet and smartphone users. Indeed, disparities in mobile internet penetration are one key to understanding the different marketing landscapes that exist across urban, small town, and rural India. Gender, age, income, and educational divides also exist in internet penetration - all of which are detailed in Kantar’s ICUBETM datasets.

For now, the headlines. Of India’s 572 million monthly active mobile internet users in 2019, 308 million are urban citizens – an increase of 14 percent from the year before. And 264 million are rural Indians – up a steep 45 percent from the year before. That said, though the adoption of mobile internet in rural India is growing at a faster rate than in urban India, the overall penetration of mobile internet in rural India is less than half of its reach in Urban India. While mobile internet reaches 66 percent of potential users in urban areas, it has only spread to 28 percent in rural areas. There are thus plenty more chapters left to write in the story of India’s internet - and smartphone - revolutions. 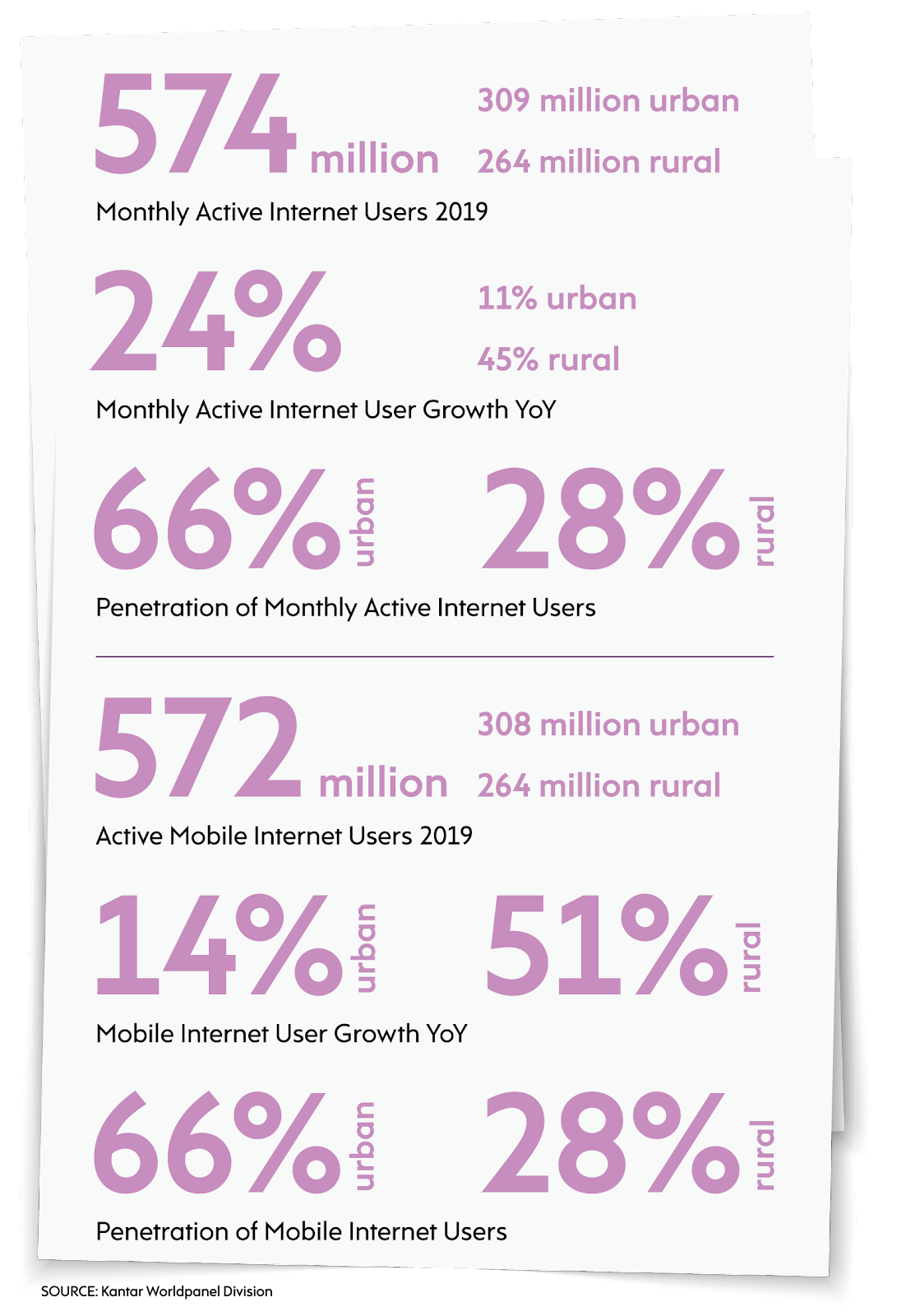 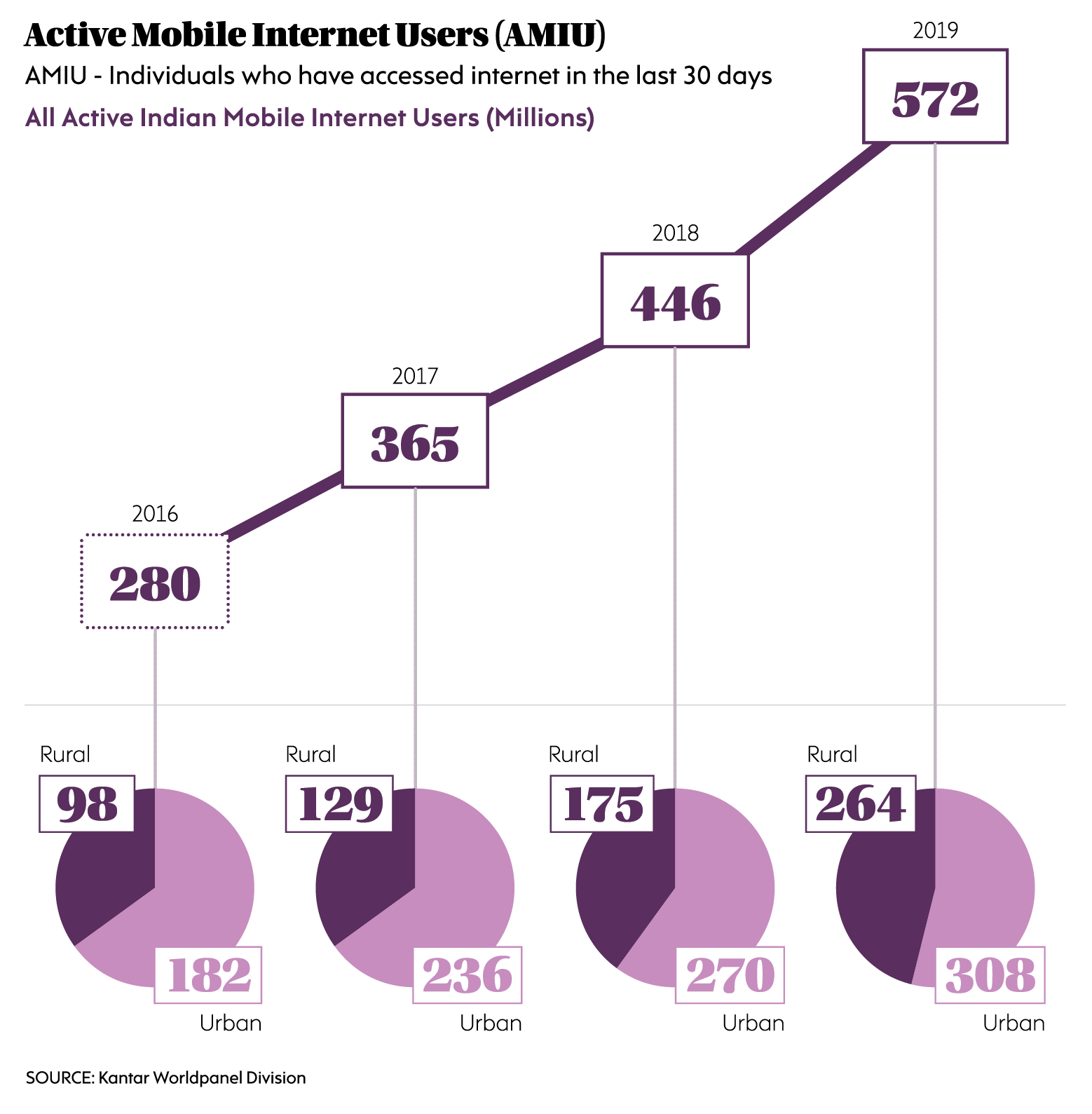 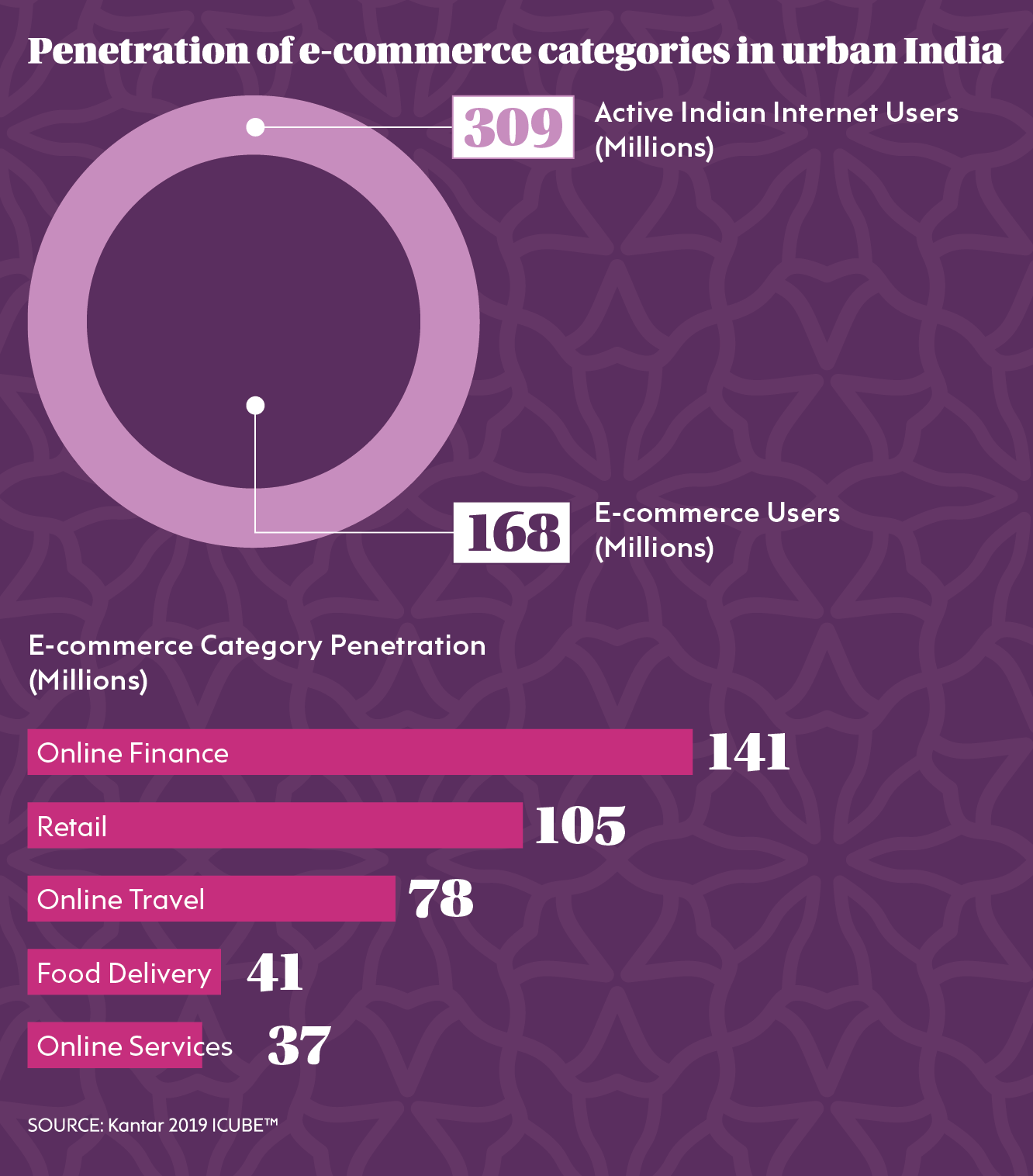