Valuable as any, but with room to grow

Canada’s Top 40 brands this year are worth a respectable $143,636 million. To see how that stacks up against other markets, BrandZ™ ranks at least the 30 brands in 14 countries, enabling us to make comparisons between them. And in terms of value, Canada is doing just fine. Compared with other nations, its Top 30 are almost exactly on track in terms of both average value of a brand and total valuation. When normalized against GDP, a telling metric given the financial weighting of BrandZ™ rankings, Canada can give itself a pat on the back. It’s slightly above average. 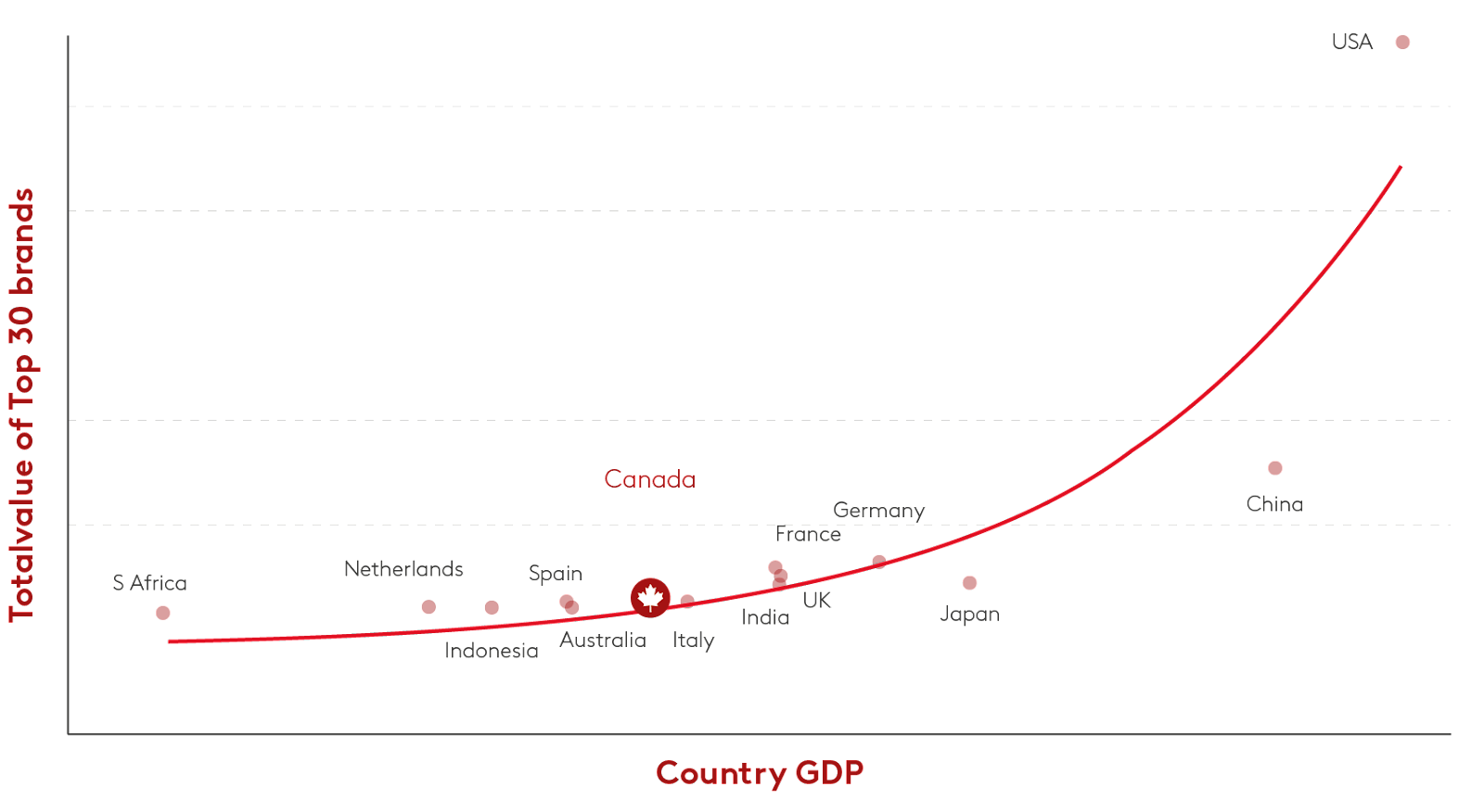 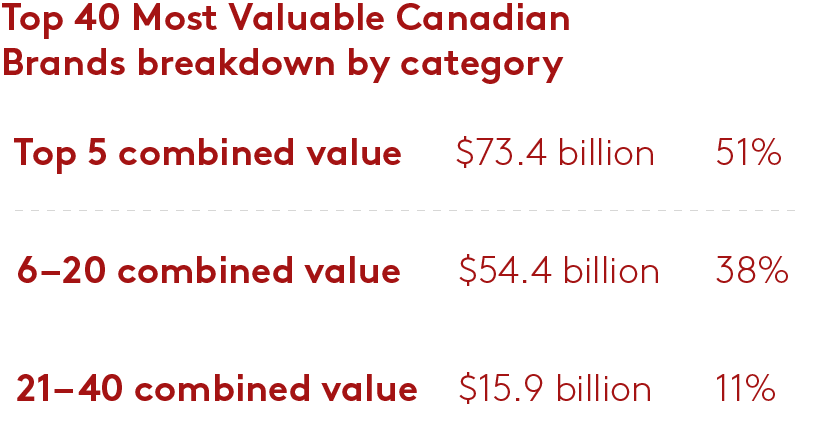 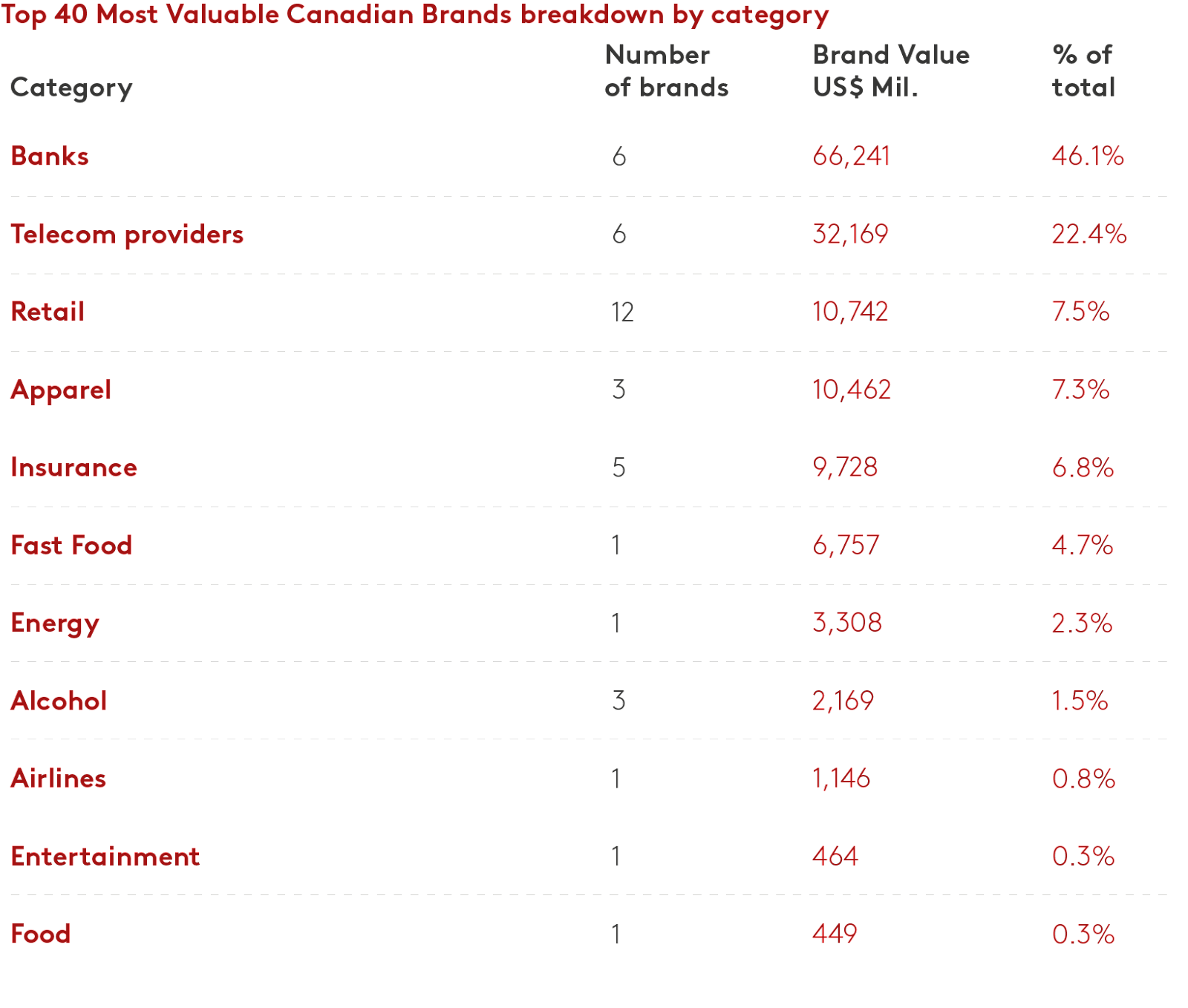 Canadian banks dominate the Top 40 in terms of brand value with 46 percent of the total rankings, three of the top five slots, and five of the top ten. Part of the reason is the outsized role Canadian banks play on the world stage. Throughout their history, they have invested heavily in developing Caribbean and South American markets, as well as in Europe, giving them an enviable global footprint. In their home market, Canadian banks have much stronger brands relative to other countries, likely due in part to the excellent regulatory environment in Canada, which helped cushion the country from the financial crisis of 2008/9. The standout brand among them is Royal Bank of Canada, which is a global powerhouse and the country’s top brand by value—and surprisingly, its #3 by Brand Contribution. This shows that not only is it financially strong, it’s well liked too. 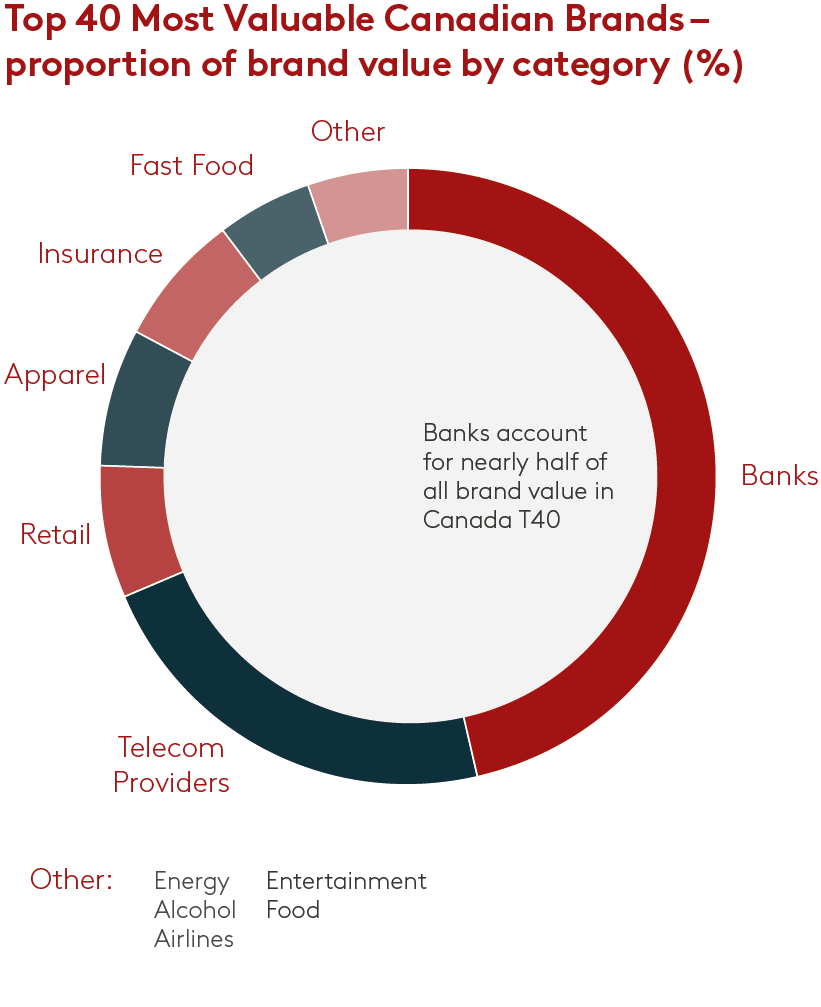 While there are six brands in the telecom space in the Top 40, two of them are wholly owned subsidiaries of the others. This points to an issue in the Canadian telecommunications market: a lack of competition that has resulted in data prices much higher than those in its southern neighbour. Canada’s telecom providers are the least trusted of those of any country ranked by BrandZ™.

If this year’s BrandZ™ data shows nothing else, it’s that this is not a beloved sector in consumers’ minds. Telecom providers nonetheless account for 22 percent of the total brand value of the Top 40, led by Bell Canada, which has twice the brand value of its nearest competitor. 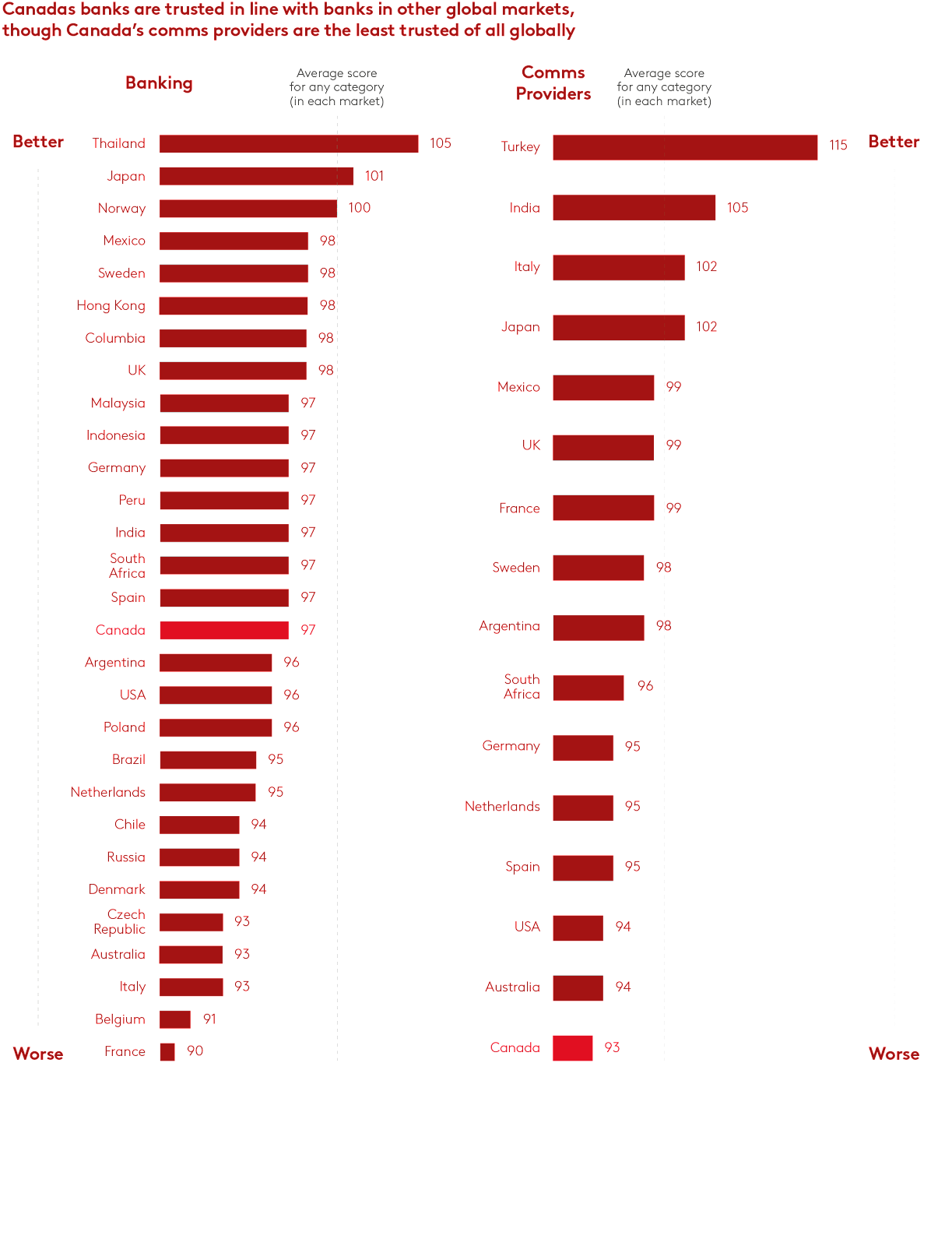 With 12 brands, retail has by far the largest number of entries the Top 40, while contributing seven percent to the overall total. Many of the brands are also sub-brands of Loblaws Companies Limited, which operates as a single entity, spreading a single experience across multiple brands. For example, Super C and Food Basics are much the same store in two different provinces, yet their popularity within their markets is such that they have the financial strength to make it into the Top 40.

The category is also incredibly varied in terms of Meaningful Difference. Some brands, like Foodland, have substantially the same offerings as their rivals, while others, like Canadian Tire, are among the most unique brands in the world. This likely makes the category a volatile one, with several brands entrenched in Canadian life and others ripe for disruption.

Canadian retail brands are among the countries most and least meaningfully different. 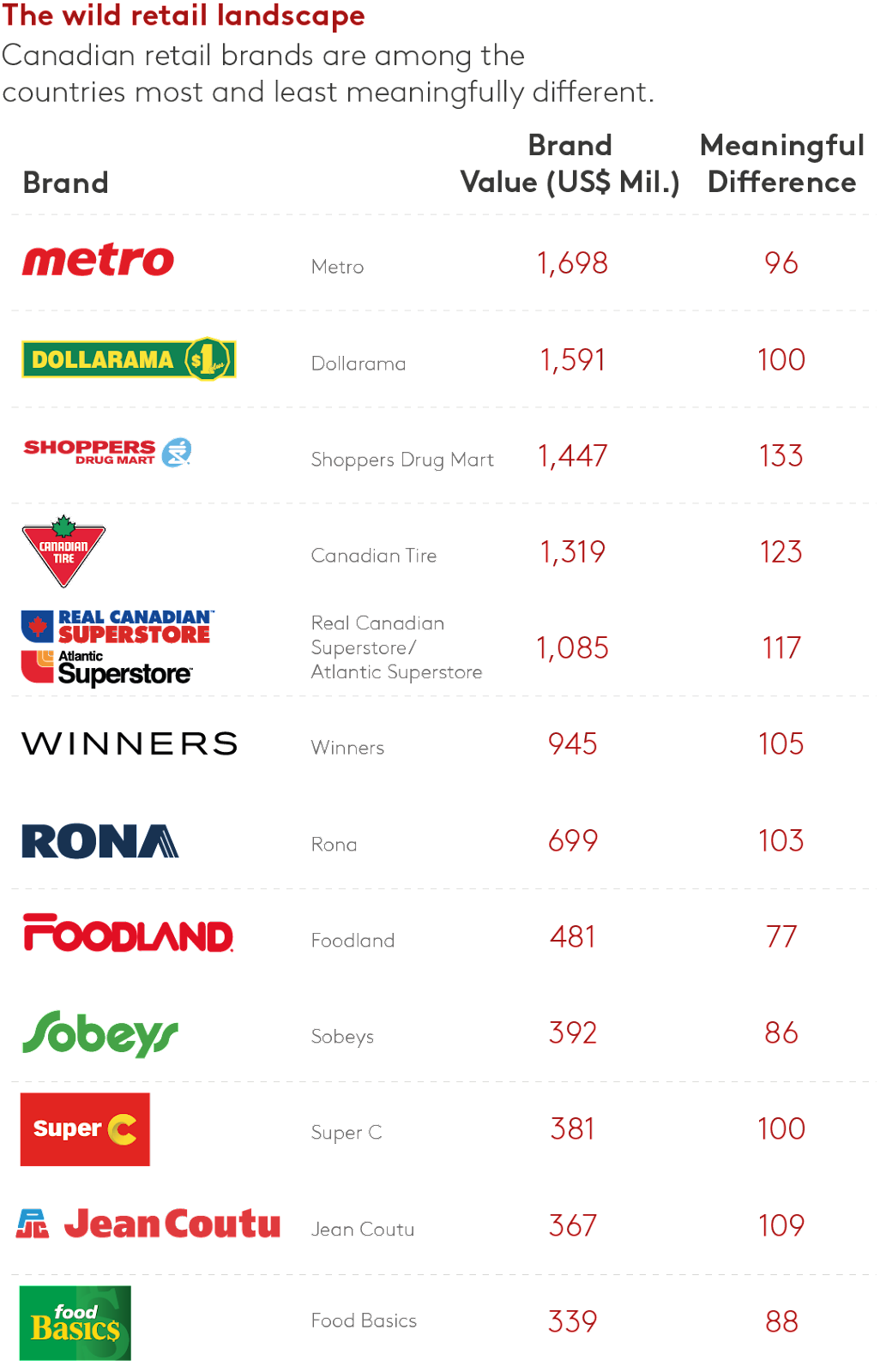 Generally, apparel is not a powerhouse category globally, but in Canada, clothing brands are among the country’s most dynamic and iconic. While making up only three brands in the Top 40, they nonetheless represent seven percent of the total brand value, roughly the same as the top 12 retailers. And that’s no surprise. All of them score incredibly high on Difference, with Lululemon leading the pack at a whopping 178 (where the average brand scores 100). Interestingly, two of the brands, Lululemon and Aritzia under-index on Salience, indicating that they have an opportunity to invest in outbound communications. However, given all three brands’ plans for global expansion, look for this category to grow substantially in the coming years.

The fifth largest category in Canada, insurance, accounts for seven percent of the total brand value of the top 40. In a lightly differentiated market, few of the brands stand out, although many have long and rich histories in the country. At the moment, the most dynamic brand in the category, Intact Insurance, has been aggressively trying to grow, which has resulted in it scoring considerably higher than some of its peers on a range of brand health metrics. 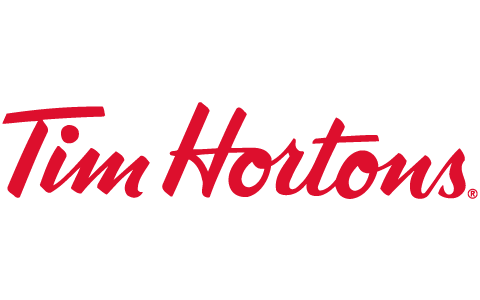 Theory in actionCompared with its southern neighbour, which seems to create fast food restaurants at the same rate it does global controversies, Canada has relatively few, large homegrown brands in the space. In the Top 40, it is a category of one, with Tim Horton’s leading the charge. Tims is Canada’s most Meaningfully Different brand as well as its third most Salient, while accounting for five percent of the total value of the Top 40. This is impressive for what’s started as a coffee and doughnut shop, but now has an innovation centre dedicated to introducing the country to a range of new products, like its Beyond Meat® breakfast sandwiches.

Tim Hortons is also everywhere in Canada; even small towns that otherwise lack fast food restaurants might have two of its stores. This extensive footprint, together with its beloved coffee and doughnuts, make it a Canadian institution almost unlike any other. In the coming years, Tim Hortons should continue to grow as it moves beyond its saturated home market and takes on foreign brands like Dunkin’ Donuts, which it has already driven away from Canada.